These have developed thier own style of architecture, a quick and easy one, mainly using planking and beams  supplied by Jeremiah Coleman´s saw mill.

They work together as an open community, sharing Tasks like ploughing, planting and harvest but have thier own individual interests which can be shared among the "Steaders" (more commonly spelt as "Stedders" )

A Farmstead which produces herbs, cabbages and Beans. 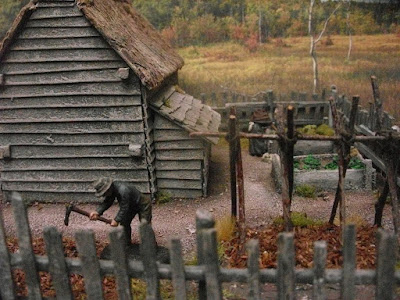 Another farmstead which produces goats milk and cheese. 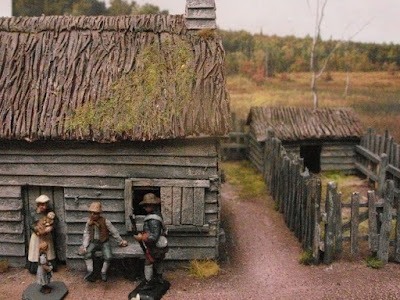 The backyard. Looks like the woodpile is getting added to in preperation for the oncoming winter. 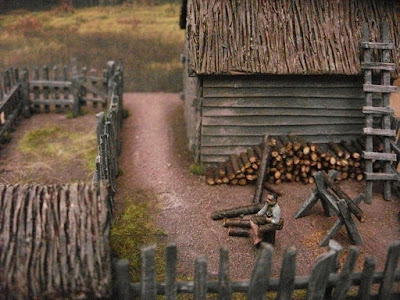 A Farmstead with a bread / Pie oven. 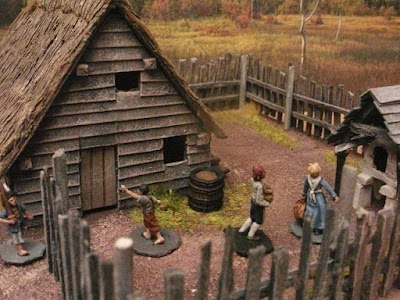 As most farmsteads are within hailing distance (or at least visible to one another) they tend to create shared facilities for common useage, such as Barns and other such storage facilities.
Here they also Keep larger pieces of Equipment such as carts, ploughs etc. 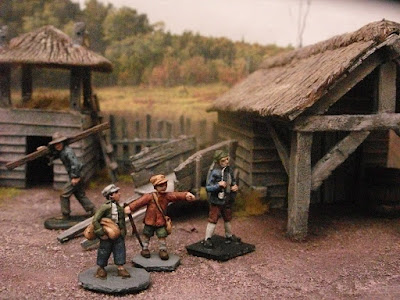 Email ThisBlogThis!Share to TwitterShare to FacebookShare to Pinterest
Labels: Places and Pastimes