James Forrester and his two faithfull companions, the  brothers Pierre and Pascal Albon, 23 and 24 years old respectively.
The brothers are extremely  experienced woodsmen, crackshots and expert trackers.
They keep themselves to themselves, living in a log cabin on the very edge of the uncharted  native territories, virtually thier only contact with civilisation being James, Adahy* or an occasional Army patrol.
They finance their living through selling of furs and meat.
Pierre and Pascal, living where they do, have a extensive knowledge of the native language and customs..although not everything is known about the natives, hence the need for the three to travel deep withing the interior, mapping and learning as they go. 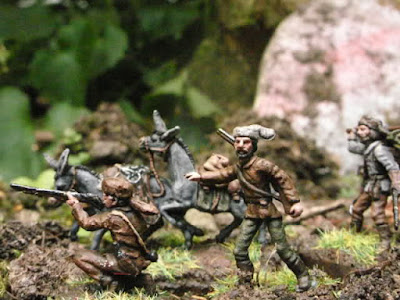 The three companions Setting off on another adventure 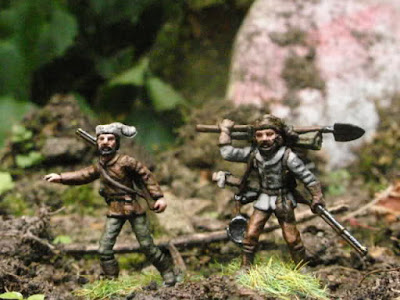 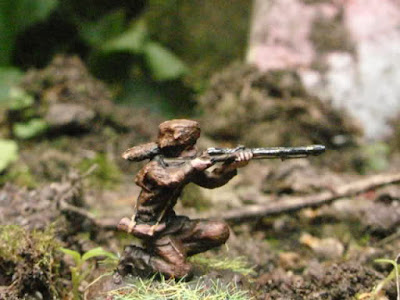 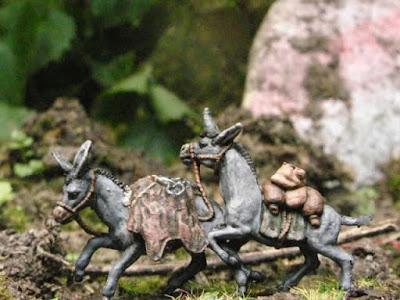 Thier two Mules, Dotty and Dora

* Adahy ("Live´s in the woods") is a Native who often goes on the companions journeys. He is wary of being seen by "outsiders", hence his not being in this set of pictures.
Posted by Paul´s Bods at 07:11