Company A of the 1st Regiment of Foot, the Bodstonian Fusiliers

Created in 1716 from the local Militia, The Bodston Fusiliers consists of four  20 man Companys, A - D.  Attached to them is a field artillery section of 16 men with two 2pdr cannons, an 8 man squadron of dragoons.
Added to the Fusiliers is the Folks Militia of Bodstonia. The  strength of the Militia is variable  but seeing as all able persons can take part in the militia thier numbers are at least twice that of the regular troops.

The Bodston Fusiliers are affectionately known as Colemans "Mustards" due to thier Uniform colour of Mustard yellow, a nickname which they have taken to heart as it suits the fiery nature of thier commander Colonel Jeremiah Coleman. 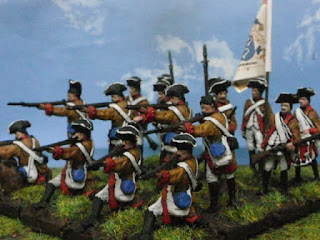 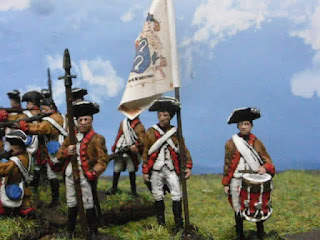 Company A has the privelage of carrying the Bodstonian Standard. To the left of the Standard is Staff Sergeant Obediah Hardwill. he lost his left Hand not in Combat but in a sawmill accident.﻿

Company Colours of The 1st Regiment of Foot, the Bodstonian Fusiliers
Cockade on the tricorn in silver, the buttons Gold
From Top to Bottom, A-D companies 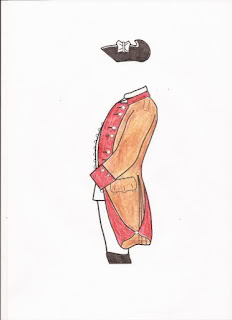 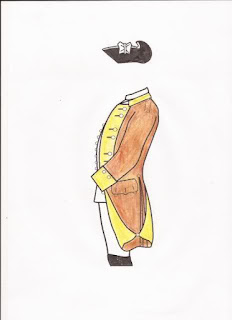 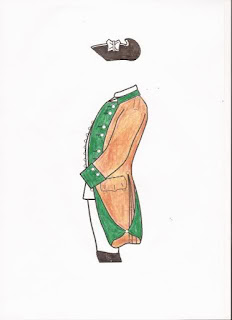